A pleasant winters Friday morning in Castlefield, and another model shoot, this time a fashion theme, with Jannamie Windsor.

She is a great model to work with, and before the shoot we had bounced around a few ideas so we knew exactly the kind of images we were looking for. 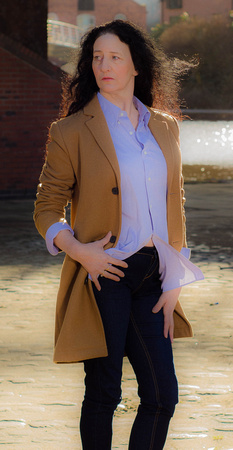 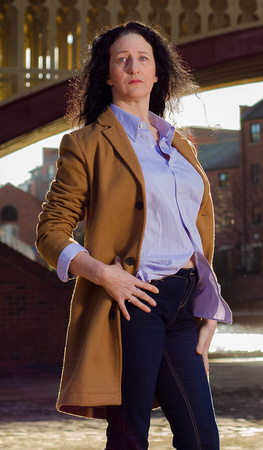 As with all model location shoots, I always arrive early so I can scout suitable shooting locations, especially if I haven't had time to check the area days before, but as I have shot in Castlefield before, it's an area I know very well.

All the images shot were using my nifty fifty, a fantastic lens for portrait & model shoots, and never fails to deliver an excellent shot.

For these first few images (above), I wanted to make the most of the sun behind us, and use it to act as a rim light behind my model, and with an aperture of f/4.0, this guaranteed the background was suitably out of focus. I also used a speedlight and a white shoot through umbrella to create fill in light. To get these images requires the use of a light meter, as you meter for the ambient light around you and then have to match the settings with flash power. 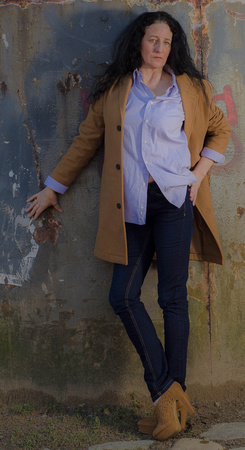 For this next set we moved into the shade and made use of one of the steel pillars holding up one of the bridges across Castlefield Basin. For these we were relying more on the speedlight through the umbrella, as there wasn't as much natural light coming through, again using the 50mm lens, shutter speed of 1/250 sec and aperture of f/5.0 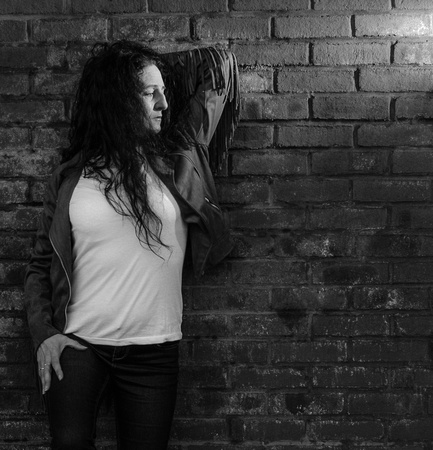 This shot above has to be the favourite of mine from this shoot. Using the bare brick wall as a backdrop, I placed a speedlight out of shot and facing the model's face, just a bare bulb flash for this shot, but the zoom on the flash set to 105mm to create a narrow beam of light that just lights the models face and creates the dramatic, moody effect. 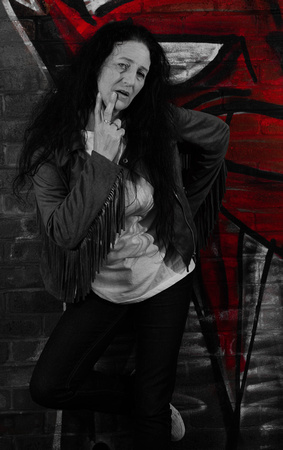 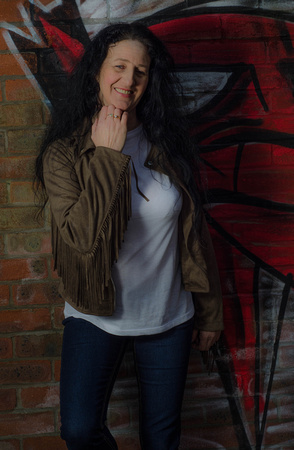 During the shoot Jann spotted some graffiti on a wall, and we had to use it for a few shots, so it was a quick change of outfits and take a few using the red graffiti as a great backdrop to create some edgy, urban fashion shots. For these I also narrowed the aperture slightly, f/7.1 to give the images that slight dark and moody effect, but kept the focal length (50mm) and the shutter speed the same (1/250th).

When shooting, either using speed lights or studio lights, I always keep the shutter speed to the maximum shutter speed that syncs with the lighting you are using. Working this way means that the shutter speed is one less aspect of the shoot that you don't have to worry about, and gets you into the practise of controlling your flash power manually, and you can always narrow your aperture to create more moody lighting.

Jannaime was a brilliant model to work with, needed little, if any, direction, and a great laugh too, and we have already been talking about working on some more model shoots together in the future.