The Beast From The East

So the "Beast from the East' has arrived and causing chaos across the UK, and thankfully a perfectly timed week off from the day job, so mostly been a week of chilling out, watching the snow...the only downside being is not being to get out on the golf course at the moment.

Tuesday this week, I decided to get out in the cold and the snow and get out for a wander round Reddish Vale Country Park in Stockport. It's a place that's more or less on my doorstep, yet never been round for a walk there before.

On arriving I got lucky as we had some heavy snow overnight, and when I got to the car park it was bright sunshine, albeit very cold.

My thinking behind this picture, is sung the viaduct in the distance as a focal point, running across the lower third of the shot, and framed by the trees on either side. I also used a narrow aperture to make sure I got a good clean sharp shot from front to back, using a wide angle lens. There was also a circular polarizer placed on the lens to take out the flare on the iced up pond and bring out the blue in the sky. 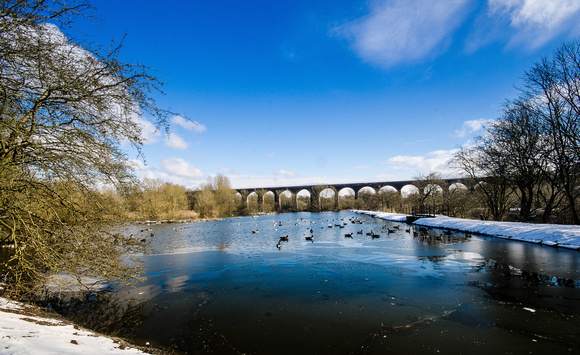 Then having a wander round, and following the river that flows through the Vale, I came across this composition. Using the grass at the front as a bit of foreground interest, and the river running through towards the back of the shot, again a narrow aperture and circular polarizer  to bring out the blues in the sky. 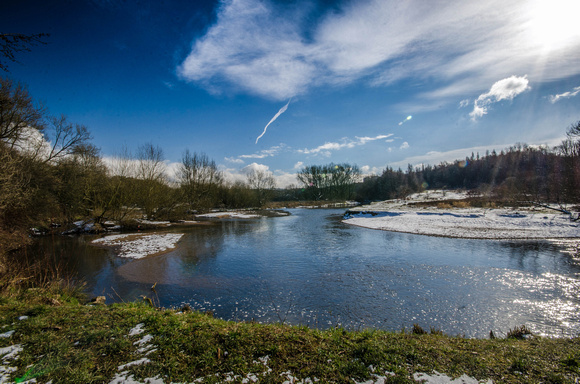 A further wander round, and following one of the paths, I came across this shot, which looks amazing when transformed into black and white. 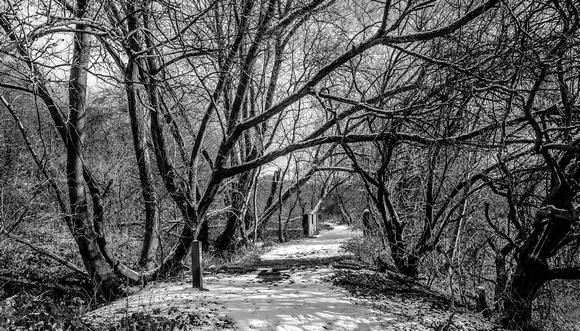 My final favourite shot is this long exposure shot, Using a circular polariser to take any glare from the water, and an ND filter to slow the shutter speed down, to around a 2 minute exposure. 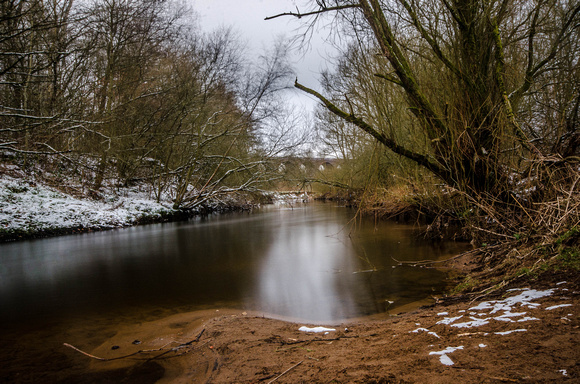 I thoroughly enjoyed my walk round there, and will be going back to discover more and spend more time walking round there looking for more pictures.