Request for some actor headshots....

Following on from some recent work I did with students from FutureSkills College in Media City, Salford (click here for a recent blog entry about this), I was contacted by one of the students who is breaking out into the world of acting, she was wanting some actor headshots.

Milly was quite specific in the kind of style that was required, under instruction from her agent, and prior to her arrival the studio was set accordingly and all lights pre-prepared. Milly also brought along Mike, who is also studying acting, and although never had a photoshoot done before, we shot him some headshots too.

This shoot done in my small home studio, and to achieve the look we were after, the studio part was shot using speed lights, either in soft boxes or a beauty dish,

Shot against a grey backdrop, and the beauty dish with a grid fitted, enabled us to direct the light directly onto Milly & Mike, without any issues of light spilling onto the backdrop, creating a complete black background. 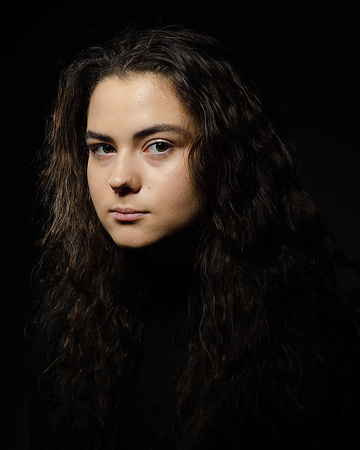 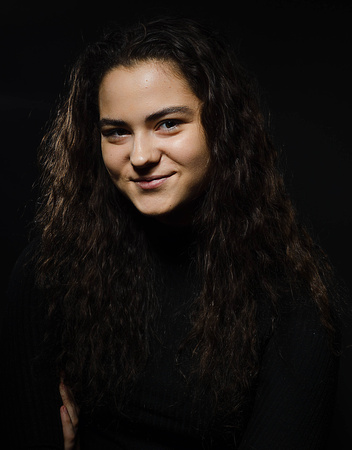 With Milly, we started off with just the beauty dish which gave a very flattering soft coverage across her face, and just a little bit of separation from the background.

It wasn't long before we added a couple of speed lights behind her, to bring out highlights in her hair and create a little more of a seperation and extra dimension to her shots. 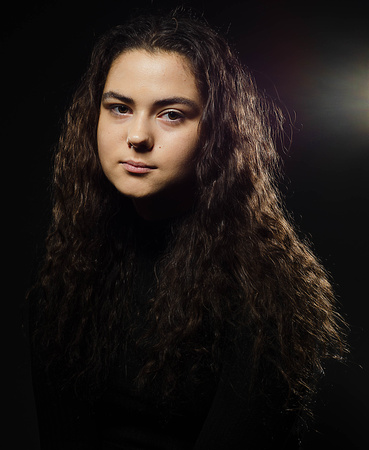 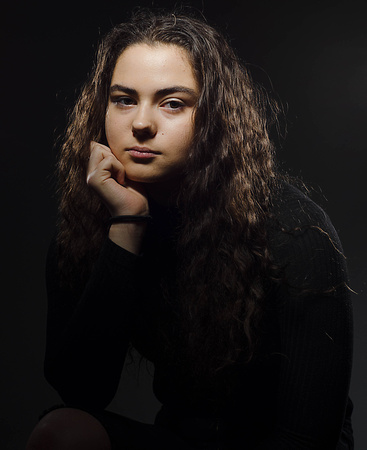 The shots were also converted to black and white, which always allow for the use of a bit more contrast, and gives a different feel to the shots. 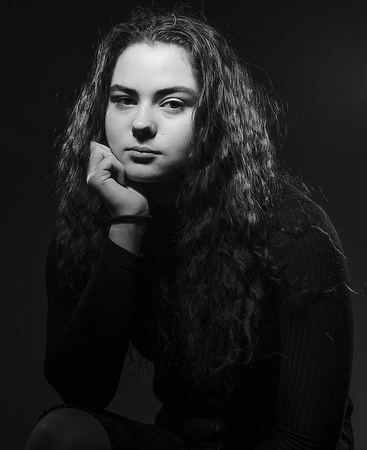 After these shots, we decided to try a few shots, making use of the brick wall in the studio. Again shot with the speed light in a beauty dish, they gave the moody feel needed for the shots. 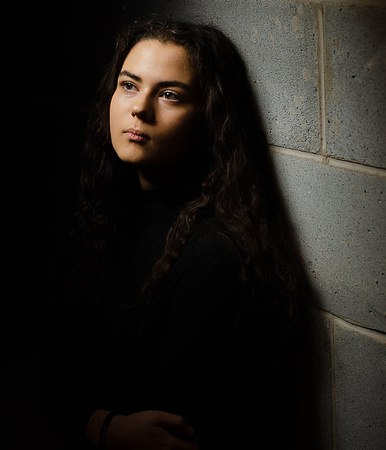 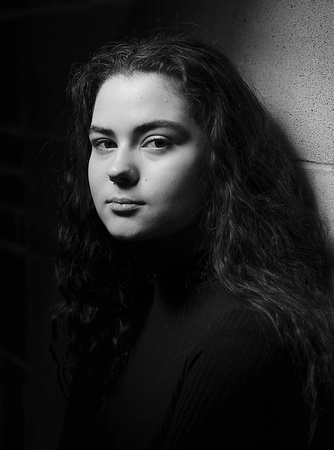 With Mike, we started straight away with one speedlight in the beauty dish, and another bare bulb flash, out of shot and positioned to the left rear, straight away creating a hair light and separation from the backdrop. 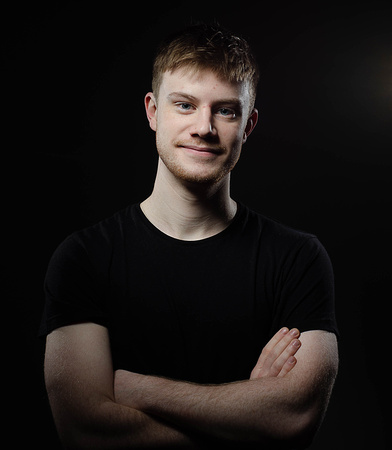 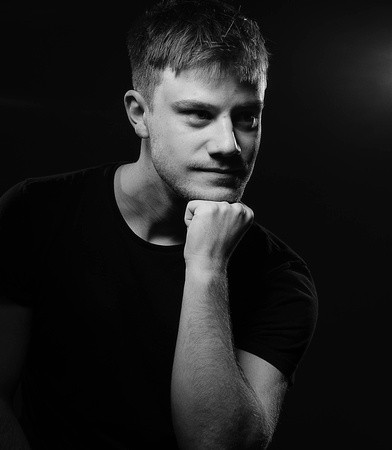 I find that when shooting headshots, you don't always have to create a little space above the head, and breaking composition rules by cutting the top of the head out of shot makes for some awesome and different looking images. 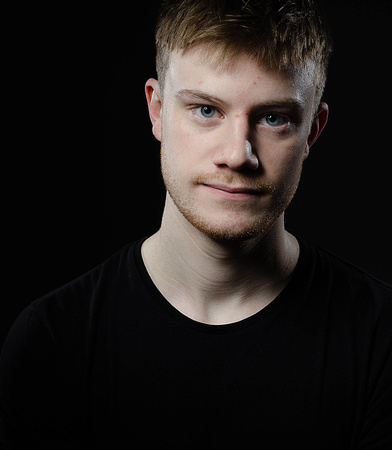 Again, with Mike, we shot some against the bare wall of the studio to achieve the moody look. With these, as well as the beauty dish used to create Rembrandt lighting across the face, we placed a 2nd speedlight, shot bare bulb onto the wall, giving a little texture to the shot. 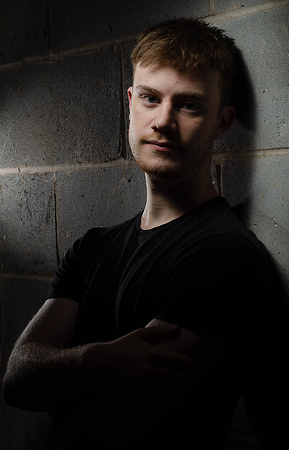 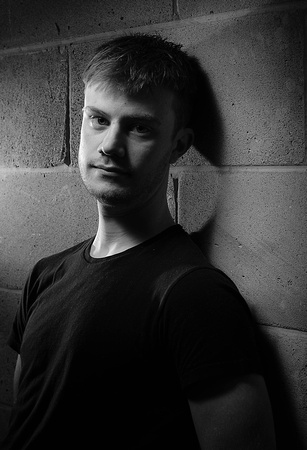 Following the studio based shots, we then ventured upstairs to the front room, where we have a huge window that lets a large amount of light through, and shot some natural light headshots, using a reflector. 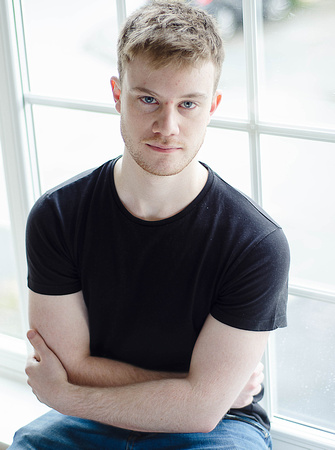 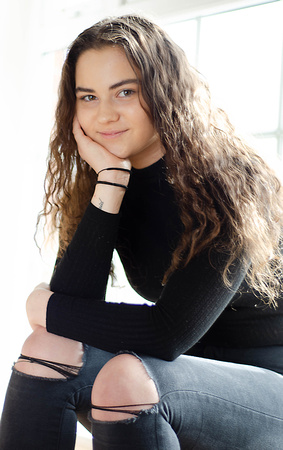 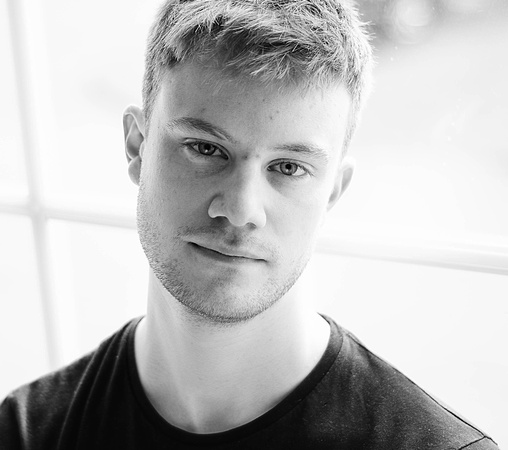 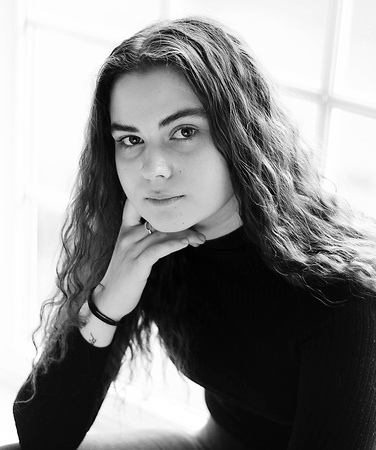 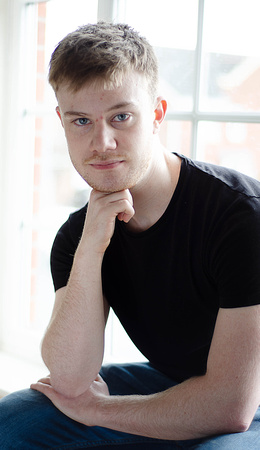 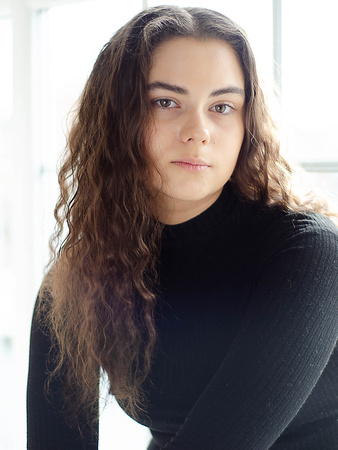 Having these natural light shots as part of a headshot package, always compliments the studio based shots, and give clients extra options when it comes to submitting images to agents. We were all exceedingly happy with these shots and the look.

Working with Milly & Mike was an absolute joy, and despite Mike never had a professional photoshoot done before, both were easy to direct and very little effort was needed.