Louie and his mummy Vickey visited the studio.... 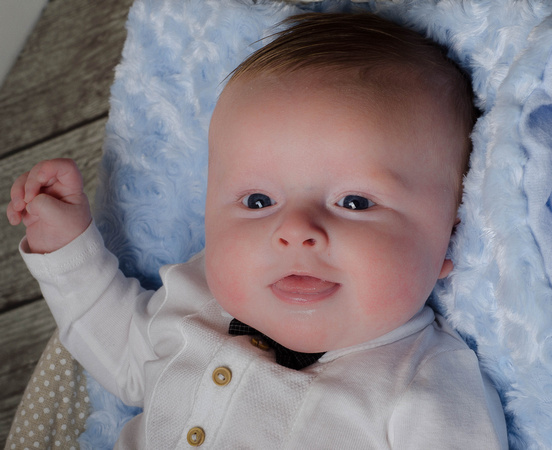 This booking came from a recommendation via Jay & Nicole, who's shoot with their daughter Amelia was featured in the last blog entry.

Vickey wanted some shots of her adorable 10 week old son, and a few of them together.

As with all portrait shoots I use my trusty 50mm lens, shoot at the fastest sync speed allowed with the studio lights I'm using, in this case it's 1/160th sec, and then before I start using the studio lights, I change the aperture settings until I get a black screen (explanation to follow) and tethered straight into my laptop through Lightroom. The reason why I set my camera to give me a black screen before I start using the studio lights, is so I can be sure that none of the ambient light that's in the studio will affect my shot, and ensures I have total control of the lighting on the shoot.

So before we started to shoot, I spent a bit of time with Louie, allowing him to get used to me and the surroundings. It wasn't long before he made his mark on the shoot and decided to be sick over my shoulder, so after a quick clean up and reassuring a mortified mummy that it wasn't a problem, we decided that mum and Louie shots together first would be the best way to start. 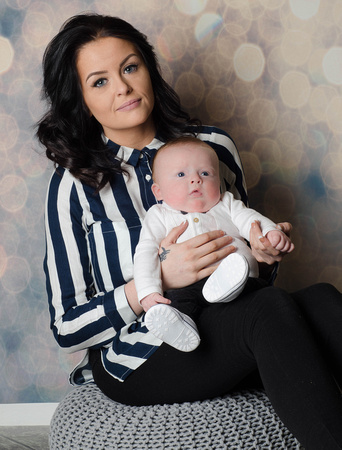 Shooting this first set of images was great fun, especially as Louie decided to look around everywhere, except the camera, and we got everyone involved behind the camera to try and get his attention, whether it was clapping or making funny noises.

I find the best way to tackle this is to tell mummy just to continue looking straight into the camera, whilst everyone tries to get babies attention, although it's amazing the number of really good natural looking shots you get whilst mayhem is going around behind you. 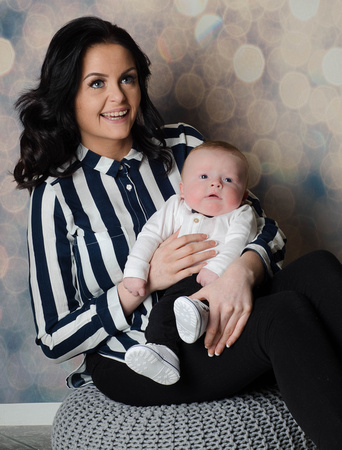 We then made use of the newly installed backdrops and backdrop system and switched to a plain grey background to produce some gorgeous, classic mum and baby pics. 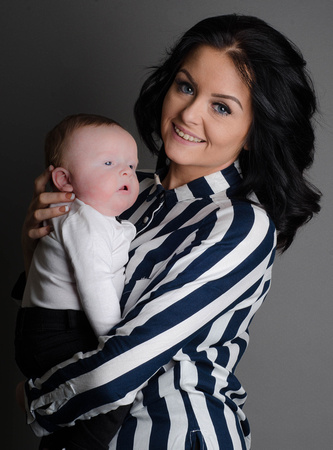 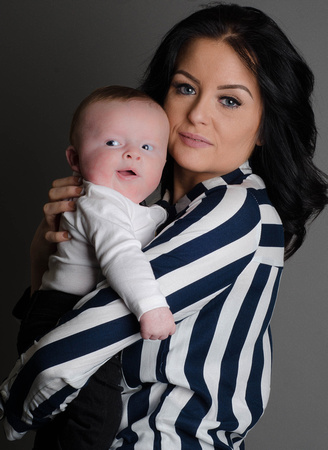 With Louie now settled into the shoot, it was time for a change of back drop, find something suitable and comfortable for him to lie in, and just shoot away to get some wonderful solo shots of the little guy. 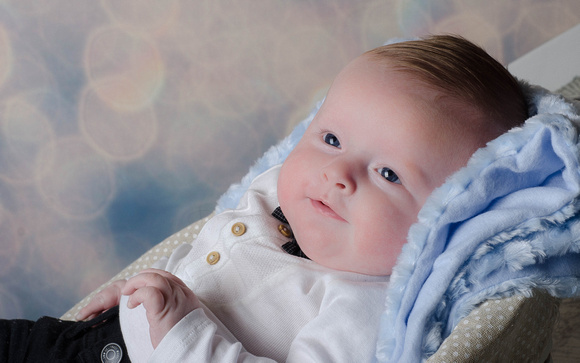 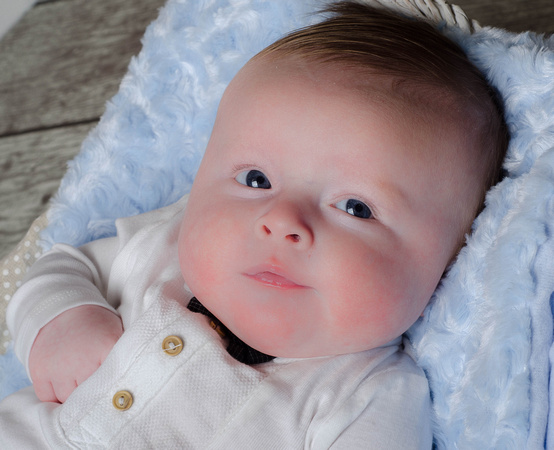 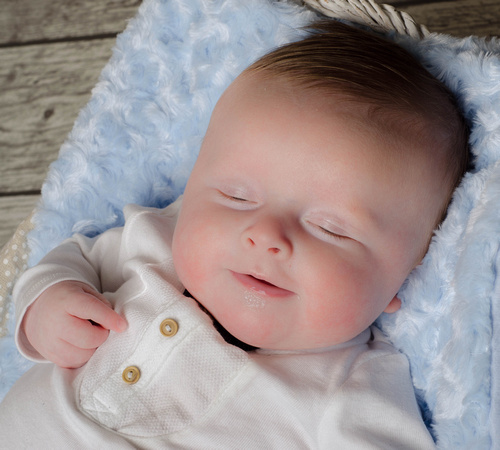 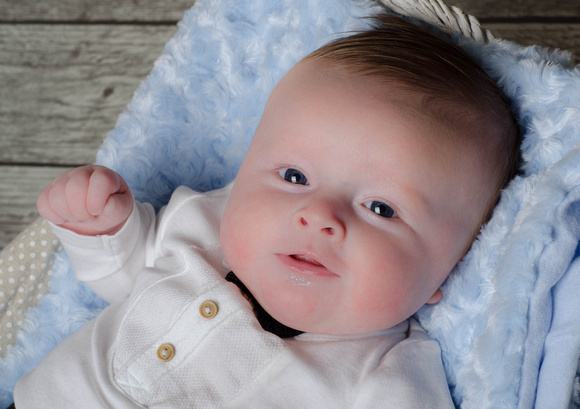 Once again after the shoot, it was time for Vickey to sit and choose her favourite shots, that would be edited and emailed to her within 2-3 hours, and as with previous portrait shoots, trying to get shot selection down to a final 10 was incredibly difficult.

Vickey soon got her selection down and went away with 10 wonderful images, and the feedback I've had from them was amazing.

Thanks again to Vickey and Louie, it was an absolute pleasure to work with you both today and hopefully see you again in the studio.