Making the most of a very mild February.....

A beautiful Saturday morning, a rare mild February too, and with the missus over in Bradford having hair and nails done, thought I'd take the opportunity to arrange a park shoot with a model through Purple Port.

I've wanted to work with Abi for a while now, and she's relatively new to the modelling game, having only been modelling for two years. 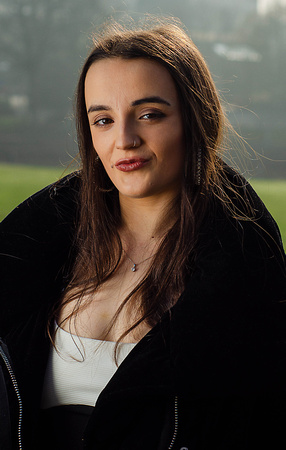 Working with Abi was a joy. She needs little, if any direction, and such a pleasant girl with a great work ethic and sense of humour.

This shoot was the first outdoor outing for my new Godox TT600 wireless speed light, placed inside a Godox umbrella octobox.

This speedlight also has high speed sync, which is an absolute must when shooting on a bright sunny day. Even though it's a speedlight, it emits enough power to over power the ambient light outside. 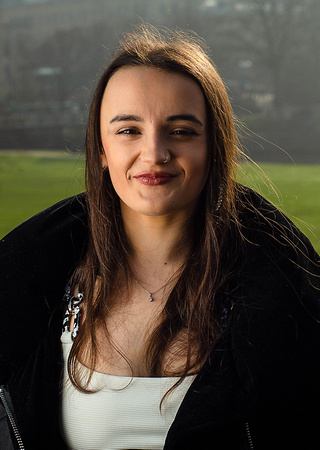 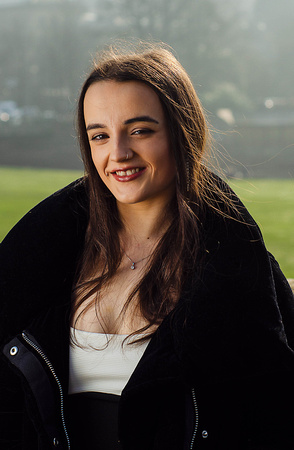 To start with, I placed Abi on a monument that overlooks the park, and with the sun behind her, acting as a backlight and giving a wonderful glow, whilst acting as a hair light.

The speedllight in the octobox was placed at a 45 degree angle, and during the shoot we would move it round, so we could make a more even spread of soft light across her face.

Using the speedlight to match ambient light is relatively straight forward. You take an ambient reading, using the meter in your camera, and determine the shutter speed and aperture, then using your flash meter, you then adjust the power of the flash to match your ambient reading. Using this method ensures that both the background and your model are correctly exposed, although to add some drama to the shot, you could narrow your aperture, or increase your shutter speed to darken the background. Ideally, if you are wishing to do this, then the best suggestion would be to just narrow your aperture, as most speed lights, unless it's one with high speed sync, have a maximum shutter sync of 1/250th of a second.. 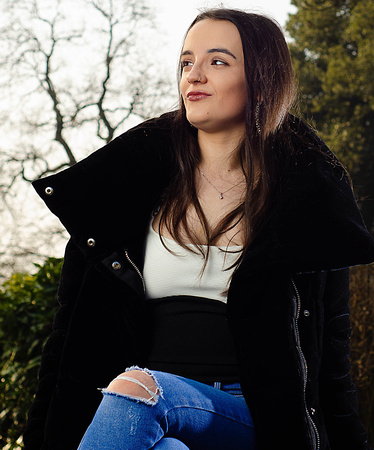 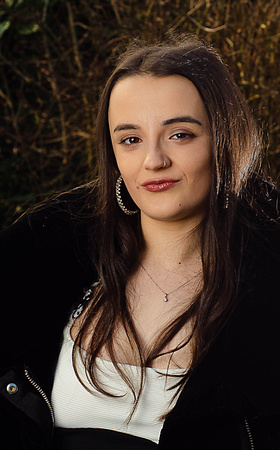 I also brought along another Yongnuo speedlight, to act as a kicker light on Abi's left side (as the photo's above show). This gives a further dimension to the shots and creates a good separation between Abi and the background.

After using a couple of other areas to shoot, we finished off using a tree for Abi to pose against, this time just using the one speedlight in the octobox and the sun as a kicker light on Abi's right side. 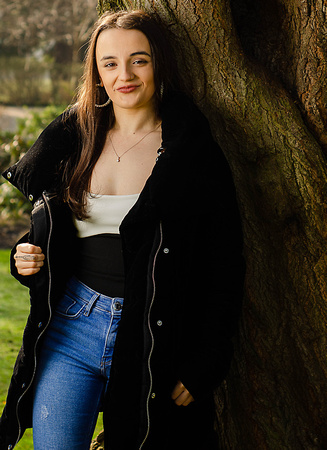 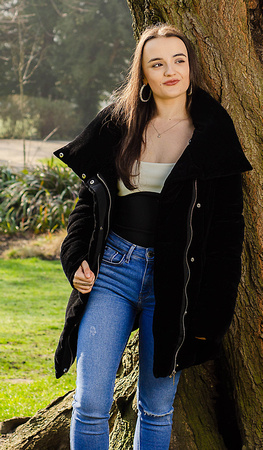 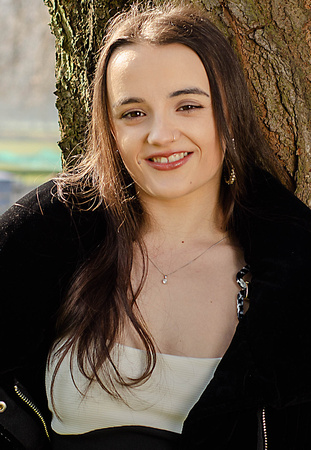 Really enjoyed this shoot with Abi, and can't recommend her enough to my fellow photographers. I shall look forward to working with her soon, hopefully a studio shoot next time https://instagram.com/dreamerandbeliever1996?utm_source=ig_profile_share&igshid=civcqo7k2tcw