So our trip to capture the Northern Lights in Reykjavik begins, and after a late shift and 2 hours sleep it's an early flight from Manchester Airport, arriving in Keflavik around 10.15am.

We were expecting it to be cold, but boy we didn't realise just how cold until we walked out of arrivals at Keflavik and towards the waiting transfer bus. At the time it was around 5°C but felt more like -4°C!!!!

So we got to the Best Western Hotel in Reykjavik to check in, only to be told that the hotel was fully booked, despite the fact that we had already booked this hotel back in November 2015. Thankfully though the receptionist had upgraded us to a 4* hotel nearer to the centre of Reykjavik for no extra cost, and provided a taxi to the Hotel Reykjavik Centrum, which I can't recommend highly enough!!! 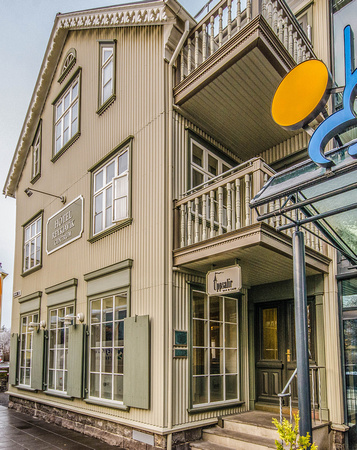 The hotel is lovely, the food is amazing and the room I was upgraded to included a full on wet room, although to Chloe's amusement, she pointed out that I was given a disabled toilet....maybe the cheeky buggers took my age into consideration hehehe.

Attached to the hotel is a restaurant, where we dined on the first night, and the food is just amazing. The hotel also includes a bar, with happy hour every evening between 5pm and 7pm....obviously we made use of this facility hehehe. 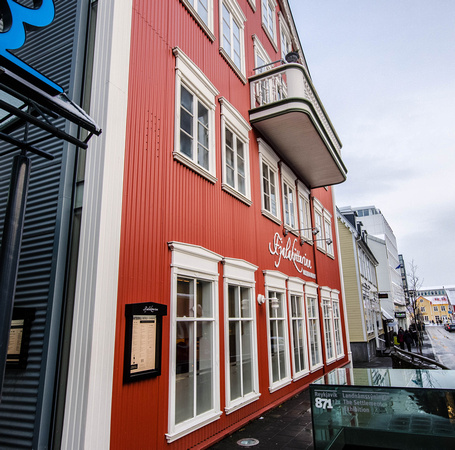 The look of the surrounding area of Hotel Centrum is very nordic and very picturesque, and I'd imagine at Christmas time it just looks magical....although it looks magical now!!!!

Finally, after checking in, and unpacking, it was off into the centre of Reykjavik to jump on the sightseeing bus tour, starting at the Harpa, which is a very impressive concert hall and conference centre. 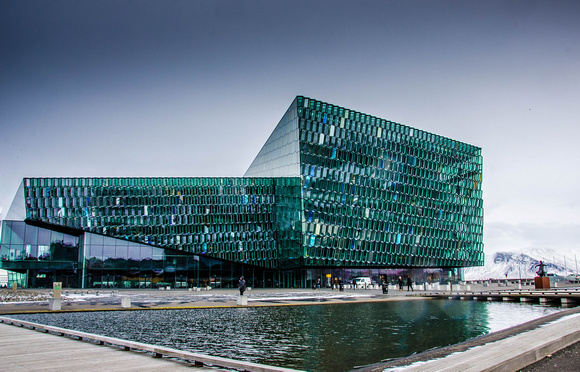 If you visit Reykjavik I do recommend this bus tour, and maybe if the weather was a little kinder to us we may have made more use of it and stopped off at some of the sights on the way.

As you set off from the Harpa, one of the first buildings you see is the Prime Minister's Office in Downtown Reykjavik. 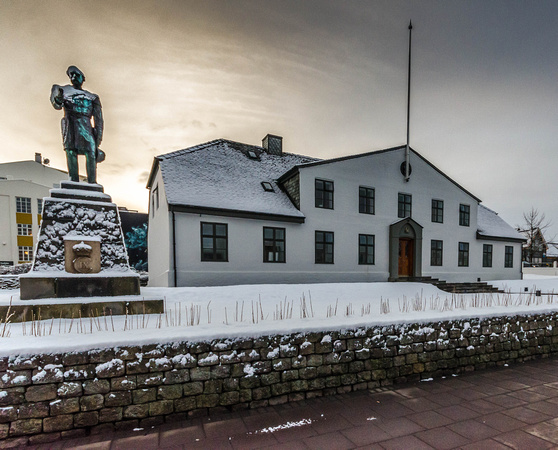 Thankfully the bus tour wasn't an open top one, as it was bitterly cold and start snowing during the tour. After doing the tour we stayed on the bus to get off at a stop nearer the centre, solely for us to avoid the embarrassment of doing a Torvill & Dean impression on the icy pavements while walking back into the centre of Reykjavik!!!

Whilst waiting for the bus to set off again, I captured this shot of Chloe,  as the light coming through the bus doors off the harbour was just spectacular for a close up portrait shot. 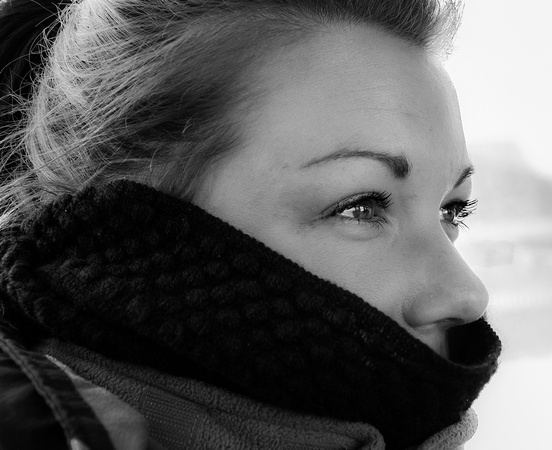 I also managed to get a panoramic shot before the bus set off again, looking across from the Harpa, across the harbour and towards the snowy mountains.

Unfortunately the weather on this first day was grey, and snowy and also resulted in the cancellation of our Northern Lights night tour, but we are hoping to re-book and squeeze it in before the weekend is out and set off back home!!!

We eventually made it back into the centre of Reykjavik, via a hat shop, as Chloe's ears were about to drop off, and while waiting I decided to do a little Iceland street photography and captured this shot of a couple of Japanese tourists. 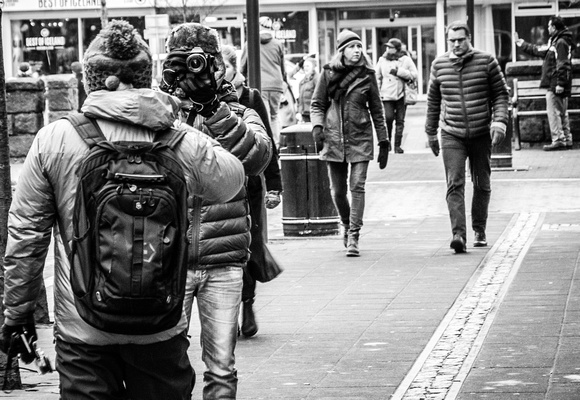 With new hat and ears warm, not any old hat by the way, she had to get one with bobbles on we set off to walk to a nearby grocery store to stock up on coke, to go with my honey JD and Chloe's malibu, and as we did the heavens opened, and got caught in a mini blizzard whilst walking through the little square near the hotel. 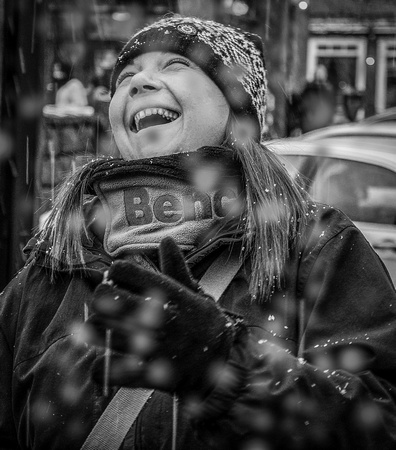 So after a couple of drinks and a really nice evening meal at the hotel it was time for some much needed rest, as Friday it's the Golden Circle Tour, a full on, 8 hour day touring geysers and waterfalls, and (weather permitting) try to re-book the Northern Lights Tour for the evening!!!