A little venture near home.

Those who know me well are aware of my training for running the Manchester 10k run this year and my usual running route is along the Ashton canal from Portland Basin. Whilst doing these runs I've seen a shot along the banks of the River Tame that I've wanted to do for ages. So today, as I'm off the day job for 4 days, I took a break from some extensive wedding picture editing, and took a wander down the banks of the River Tame to take a few shots. This also ended up becoming a little broadcast on periscope too.

This is the shot I've been wanting to take for a while... 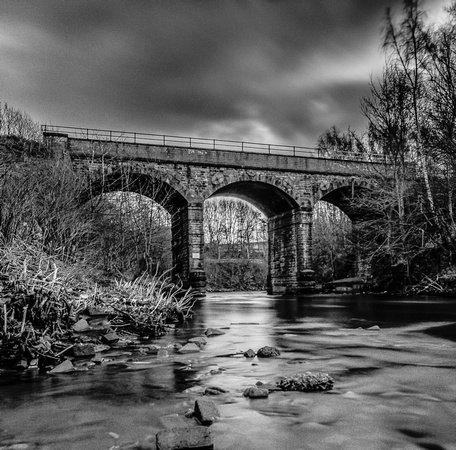 It was a little treacherous climb down to the side of the River Tame, and you have to avoid numerous items of rubbish that had been dumped down there. This long exposure was taken using my polarising filters I've recently purchased ready for my trip to Reykjavik next week, and my ND1000 filter to get the milky flow of the water and movement in the clouds above.

After shooting this, I moved nearer to the bridge and turned around to capture this image, featuring the chimney near to Portland Basin in Ashton-under-Lyne... 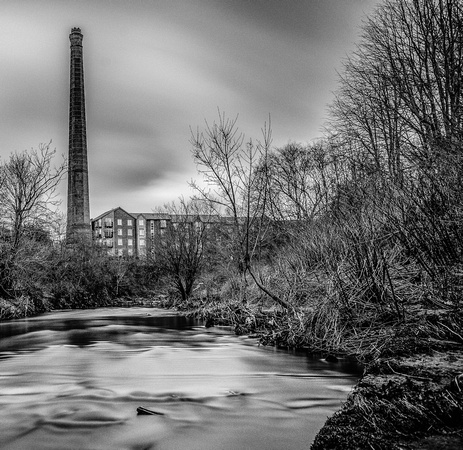 Then making my way back to Portland Basin, I did another periscope broadcast on the technique of taking a panoramic shot. For this image below I stood underneath the cobbled bridge that faces the Portland Basin museum, took a meter reading of the scene, dialled in the settings, camera in manual, and then took shots whilst twisting from left to right and making sure that scenes in shots overlap each other. You then import the shots into Lightroom or Photoshop and let the software do it's work while it creates the panoramic. Finally, whilst making my way home, and still having my wide angle lens on the camera, I grabbed this shot of a canal barge near Portland Basin marina, and played around with presets in Lightroom to create the gritty effect on the shot. 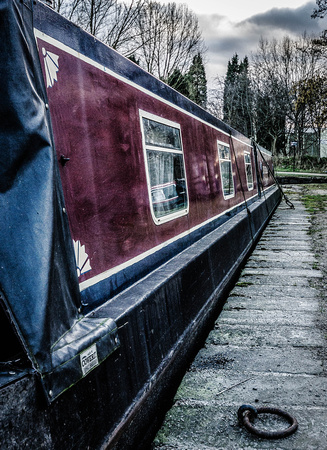 It's been a while since I spent a few hours with just me and the camera, and not been on a photo job, and it was an enjoyable couple of hours.

Certainly will be getting out during the year to create more shots and landscapes.