A bit of street photography.

Not done this for a long while, and a work colleague wanted to go out into Manchester to do a bit of street photography, so though it was about time I went out and about and see what I could capture.

As usual it was a typical grey, miserable day in Manchester, with very little detail in the skies, so looking for inspiration at times I found difficult.

We started off in Albert Square, where chinese new year celebrations were in full show... 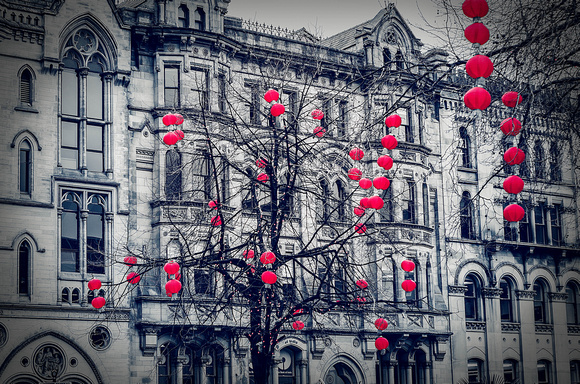 ....this processed in Lightroom and using selective colouring to bring out the red lanterns against the back drop of Manchester Town Hall.

Then a wander up Moseley Street for some long exposure photography, using the trams. Took a few attempts to get this shot, due to people walking past, but it's expected as Moseley Street is a busy little place full of office blocks. 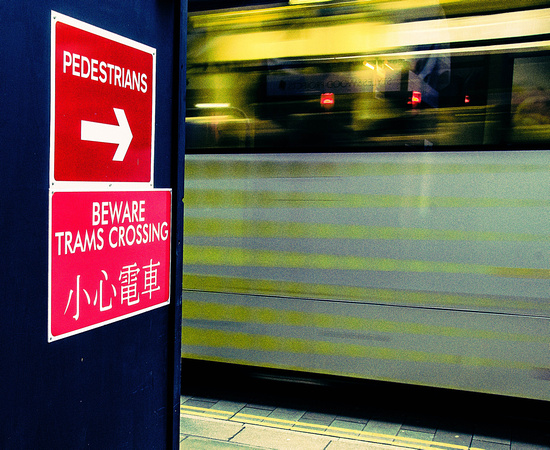 There seem to be more and more rough sleepers in Manchester city centre these days, and whilst wandering round to Market Street, I didn't expect one to be placing his bank card into the hole in the wall.

Round to High Street, and a great place to practise panning techniques, in between trams. This shot again processed in Lightroom. 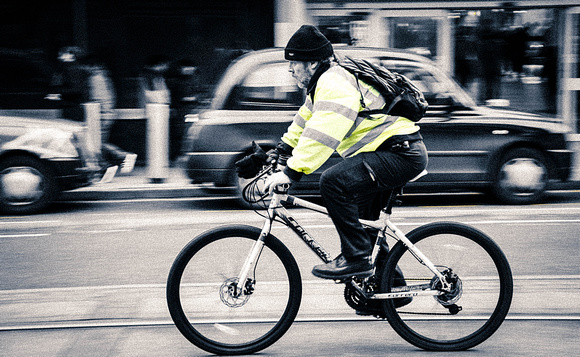 Over to Deansgate Castlefield tram stop and capturing a dramatic shot of the bridge leading from the tram platform to Deansgate Rail Station. As is the norm with Manchester, lots of building and construction work going on, so I decided to edit out the cranes in this shot, and also using a few processed in Lightroom, managed to bring out some detail in the sky to create a dramatic look to the picture. 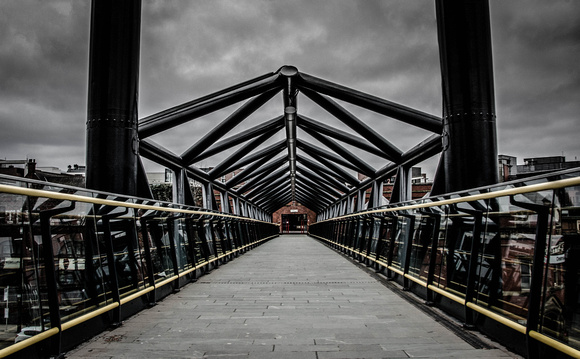 Whenever I get out and about in town, I always love to shoot a miniature style picture. This miniature tram 'n' traffic shot, taken from the bridge from Piccadilly rail station, across London Road. 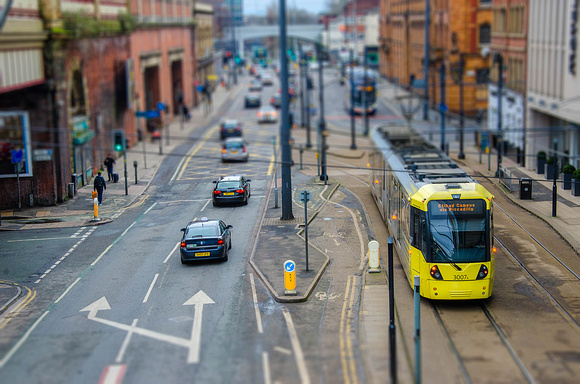 Whilst to some the trams are a bit of a nuisance in Manchester, to me, as a photographer, they are a great source for a shot. This picture below taken at St Peter's Square and was a shot for my weekly #52project, with this week's theme of capturedmotion. 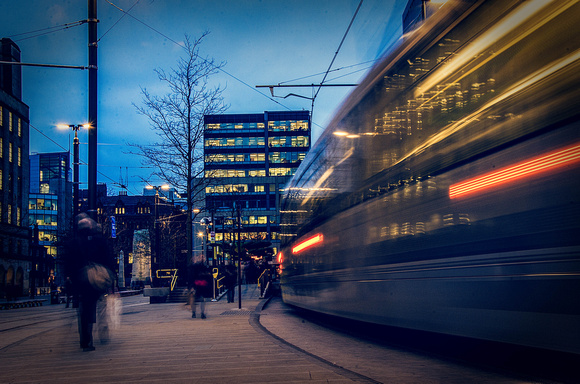 Finally, and what most photographers who do street photography like to shoot....people. 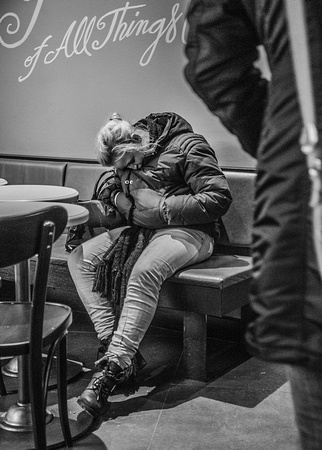 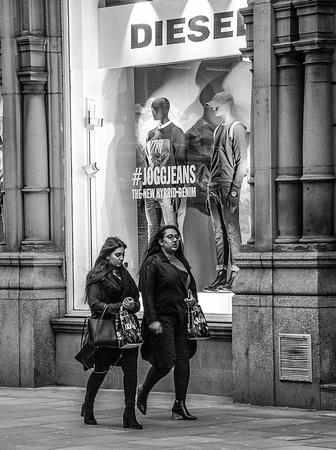 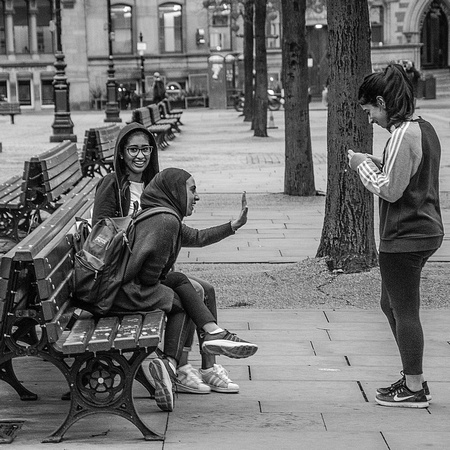 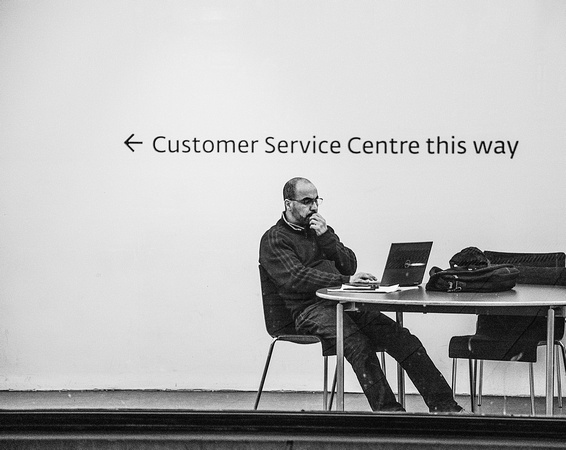 Although by the end of the day my feet were killing me, and at times lacking in inspiration for a shot, I'm quite happy with those I've picked out and certainly will be taking to the streets of Manchester, and other areas, more to hone my street photography skills further,